Takeaway and delivery only

A Plate of Heritage – by William Wongso

Immerse yourself in the rich gastronomy of the world’s largest archipelago.

Sendok Garpu offers you a taste of Indonesian culinary heritage, providing insight into the vast geographic and cultural diversity of the country. Fusing sustainable local produce and authentic Indonesian spices, Sendok Garpu invites you to experience true Indonesian flavors to their fullest.

The Maestro Behind Sendok Garpu

A household name in Indonesia, Culinary virtuoso William Wongso began learning his craft from both sidewalk vendors and hotel chefs. He has spent decades mastering the art of Indonesian cuisine.

Wongso’s talent and passion for knowledge has not only taken him to some of the world’s greatest culinary schools—the École des Arts Culinaires et de l’Hôtellerie in Lyon and guest lecture at Le Cordon Bleu US-Tokyo-Paris— but also led him to prestigious roles and awards, such as President of the Indonesian chapter of the international gastronomic society Chaîne des Rôtisseurs, President of the Jakarta chapter of the International Wine and Food Society, culinary adviser to Garuda Indonesia, Chevalier Dans L’Ordre du Merite from the Ministry of Agriculture of France, and the Medaille d’Honneur (medal of honor) by the Academie du Pain EBI - Elite de la Boulangerie International, among others. 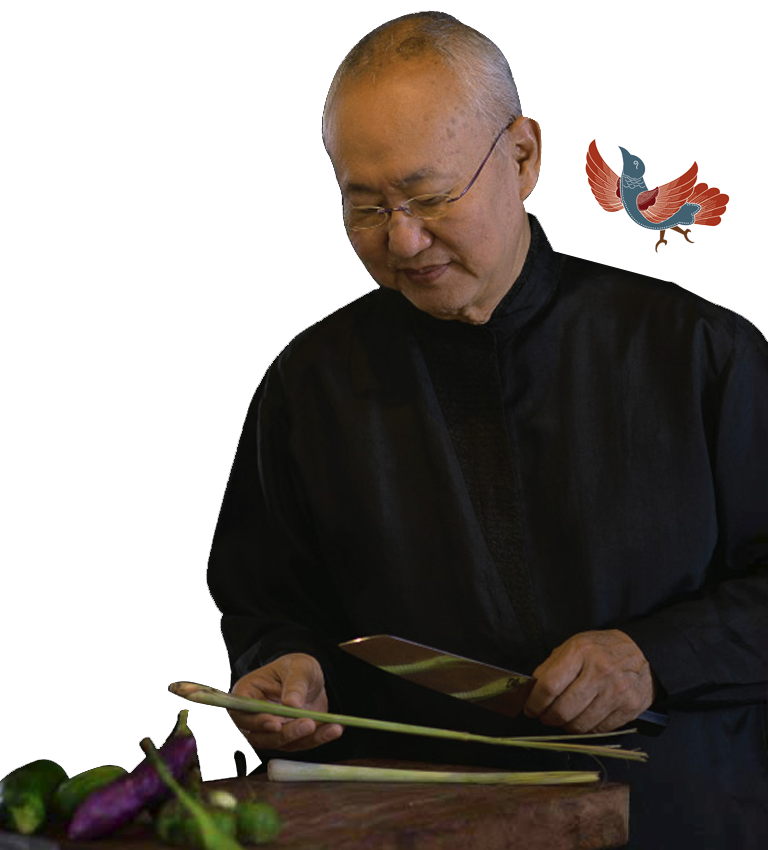 Our set courses preview Indonesia’s culinary treasurers – they are made from a meld of ingredients from across the archipelago and were created by William Wongso world renowned master chief.